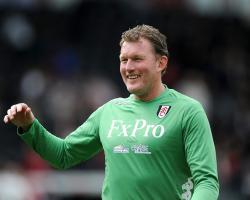 Stevenage 1-0 Burton Albion: Match Report - view commentary, squad, and statistics of the game as it happened.Burton undone by captain's calamityStevenage benefitted from a bit of late luck as Ian Sharps' own goal saw them to edge to a cagey 1-0 victory against high-flying Burton Albion.Charlie Adams' 84th-minute effort took a wicked deflection off Brewers captain Sharps that left Jon McLaughlin with no chance in the visitors' net, and ensured a perfect Boro response to midweek defeat at Portsmouth.The game had threatened little drama early on

Substitute Tom Pett came closest to breaking the deadlock before half-time when his cross-cum-shot bounced back off the crossbar after looping over McLaughlin on 25 minutes.Burton's intensity picked up after the break, as they looked for a win in what may prove to be Gary Rowett's last game in charge ahead of a possible move to fill the vacant manager's role at Birmingham.Jacob Blyth made room to feed Lucas Akins on the left of the Stevenage area, and his driven effort was well dealt with by Chris Day after 50 minutes, before Phil Edwards headed just over from a corner.But it was the hosts who came out with the points, as Adams' late strike took its cruel deflection to end an otherwise forgettable game 1-0