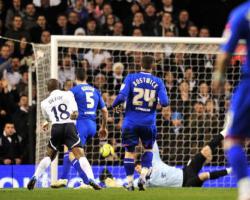 
Westley to pick from same players

Stevenage could be unchanged for the visit of Notts County after they got back to winning ways in midweek.


Rock-bottom Boro ended their seven-match winless run, and closed the gap on County to two points, with a 2-0 victory over Swindon on Tuesday night.


Francois Zoko will start again in attack against his old club meaning fit-again striker Darius Charles (ankle), who has come on as a substitute in the last three matches, will have to wait a little longer for his first start since August.


Notts County head to their relegation rivals with no new injury or suspension problems.


Whether Magpies manager Shaun Derry has an unchanged squad will depend on if a deal can be struck with Aston Villa to extend Jack Grealish's loan spell at Meadow Lane. The teenage winger saw his initial agreement end after last weekend's 2-1 home win over Sheffield United.


If Grealish is unavailable then Derry has a decision to make on who plays on the left wing. David Bell could be a contender.


On-loan Derby striker Callum Ball will hope to make his first start since prolonging his stay with the Nottingham club.